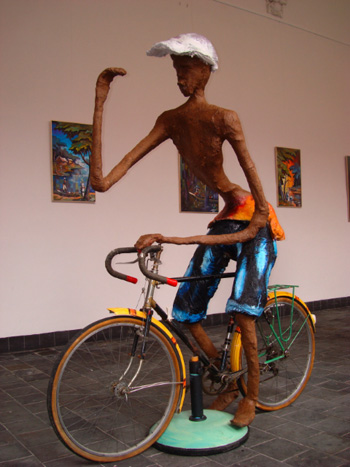 Having just finished an important and succesful solo show at the Galerie Lumires d’Afrique in Brussels, Belgium, this congolese female artist is back on the international scenel.

She is present in another collective show :”Retrospectiva” until the 9 January 2010 in Galerie Kalao in Bilbao, Spain.
Another large scale personal exhibition will be held in March 2010 in Galerie Congo in Brazzaville and will last until Mai 2010.
With a very busu schedule for the year 2010, Rhode Makoumbou has confirmed exhibitions in Brasil, the Netherlands, in France, Russia, Senegal and Belgium.
More info on the website : http://www.rhodemakoumbou.eu 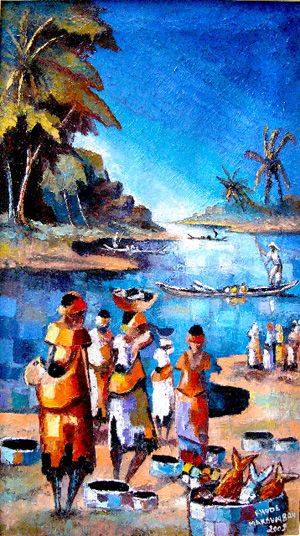 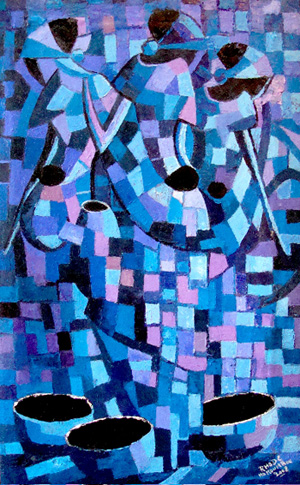